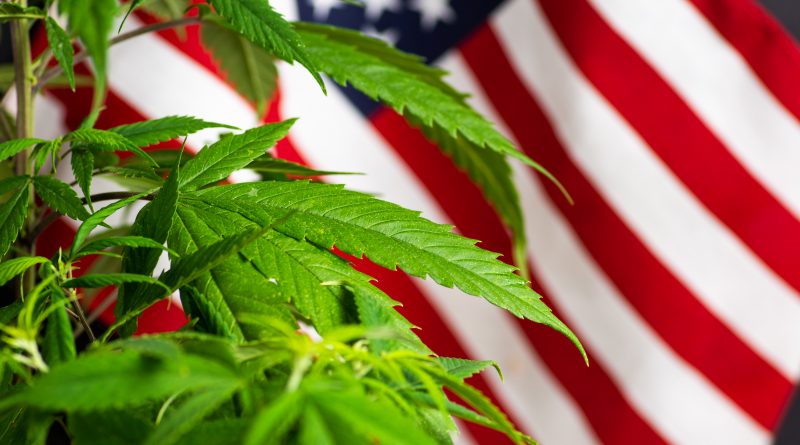 December has been a monumental month for the state of Michigan. Beginning Dec 6th, state residents became legally allowed to possess and consume cannabis, within the privacy of their own homes. They still have a long road ahead of themselves, because there’s currently nowhere to legally purchase their weed. It’s a healthy start though, and one that appears to be becoming a trend, as more and more states become legal.

Much of the U.S. has voted to allow Medical Marijuana, however some states are slower to catch on. Alabama, Idaho, Kansas, Mississippi, Nebraska, N. Carolina, S. Carolina, S. Dakota, Tennessee, Wisconsin and Wyoming currently remain the only states that haven’t allowed at least some form of cannabis to become legal.

While Georgia, Indiana, Iowa, Kentucky, Texas, and Virginia have approved the use of CBD oil, they have yet to implement full Medical Marijuana. A whopping ​33 ​states have voted for the approval of complete Medical Marijuana laws and programs, with ​11 ​states now fully legal. Interestingly, the District of Columbia is fully legal, with both Medical and Recreational cannabis, which feels like a good indicator that the rest of the nation is sure to soon follow suit.

Each state has developed their own laws regarding the use and distribution of the plant, which has been interesting to observe. For instance, in California one can purchase an 1/8th (3.5 grams) and have it delivered to their front door, while in Washington D.C. it’s illegal to ​sell cannabis, but legal to give it away. This means one can go into a store in D.C. and buy something such as a coffee for perhaps an incredibly inflated price, and receive in turn a “free” 1/8th of weed.

States also seem to be differing on what they’re allowing residents to sell and purchase. For instance, in Alaska the edible market has been a bit restricted, with the maximum allowance of THC per edible being capped at 5 milligrams, with a package only being able to have 50 milligrams of total THC. Washington state has been a bit more liberal with their serving sizes, with servings generally starting out at 10 milligrams, and a total of 100 milligrams per package.

In Alaska, we’re allowed to possess up to 6 plants per adult, with a 12 per household cap. In Michigan, residents are allowed 12, for personal use or to gift away. Each state that has gone legal has set their own limits on what residents are allowed to cultivate without a special license. If you plan to grow your own, it’s wise to consult your states regulations before doing so, in order to make sure you’re following the law.

With so many states coming on board with legal cannabis, it’s only a matter of time before we see the plant federally rescheduled, or perhaps even ​de-​scheduled. Earlier this month the House Judiciary Committee approved a bill that legalizes marijuana on the federal level, finally removing it from Schedule 1 of the controlled Substances Act. The Controlled Substances Act is the statute establishing federal U.S. drug policy under which the manufacture, importation, possession, use, and distribution of certain substances are regulated.

Many Americans have disagreed with cannabis being a Schedule 1 substance, as Schedule 1 means a substance has a high potential for abuse and no medical use. With so many states developing Medical Marijuana programs, it seems like common sense to concede that cannabis does in fact have medical value.

Although the bill passed 24 to 10 in the House Judiciary Committee, in order to become a law it still needs to pass the Senate. The bill, called the Marijuana Opportunity Reinvestment and Expungement (MORE) Act of 2019, was co-sponsored by more than 50 lawmakers. It looks like soon the war on marijuana may come to an end.